Below are sample publications from our team.  The virtue-based approach of the VERITIES Initative is built upon the foundations of this previous work. 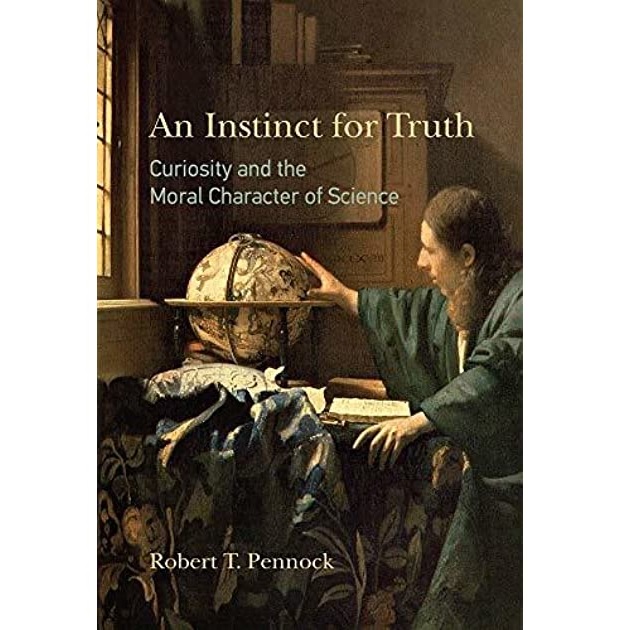 An Instinct for Truth: Curiosity and the Moral Character of Science

Pennock, Robert T. (2019). An Instinct for Truth: Curiosity and the Moral Character of Science. The MIT Press.

Book Description:  Exemplary scientists have a characteristic way of viewing the world and their work: their mindset and methods all aim at discovering truths about nature. In An Instinct for Truth, Robert Pennock explores this scientific mindset and argues that what Charles Darwin called “an instinct for truth, knowledge, and discovery” has a tacit moral structure—that it is important not only for scientific excellence and integrity but also for democracy and human flourishing. In an era of “post-truth,” the scientific drive to discover empirical truths has a special value.

Taking a virtue-theoretic perspective, Pennock explores curiosity, veracity, skepticism, humility to evidence, and other scientific virtues and vices. He explains that curiosity is the most distinctive element of the scientific character, by which other norms are shaped; discusses the passionate nature of scientific attentiveness; and calls for science education not only to teach scientific findings and methods but also to nurture the scientific mindset and its core values.

Drawing on historical sources as well as a sociological study of more than a thousand scientists, Pennock's philosophical account is grounded in values that scientists themselves recognize they should aspire to. Pennock argues that epistemic and ethical values are normatively interconnected, and that for science and society to flourish, we need not just a philosophy of science, but a philosophy of the scientist. 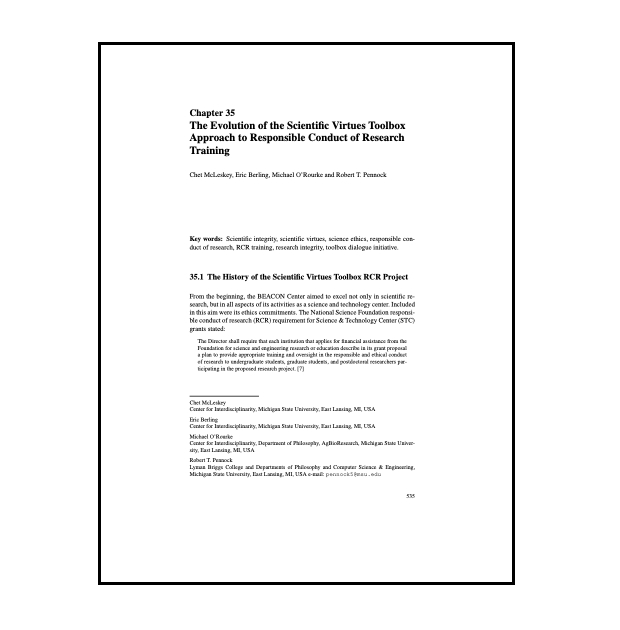 Abstract: The Scientific Virtues Toolbox is a novel scientific virtue-based workshop model for responsible conduct of research (RCR) training. This paper gives a brief overview of how Pennock’s vocational virtue theory, which had previously been delivered in courses, was transformed into discussion-based RCR workshops using the Toolbox structured dialogue method. The interdisciplinary BEACON Center, which combined biologists, computer scientists, and engineers, and which aimed to model a culture of excellence, ethics, and inclusion, proved to be an ideal environment to develop and test this approach to the cultivation of scientific character. The paper describes the guided-dialogue structure of the workshops, the nature of the discussion prompts, the pilot assessments carried out, and how the workshops are now evolving beyond their scientific origin.

Abstract: Drawing on Pennock’s theory of scientific virtues, we are developing an alternative curriculum for training scientists in the responsible conduct of research (RCR) that emphasizes internal values rather than externally imposed rules. This approach focuses on the virtuous characteristics of scientists that lead to responsible and exemplary behavior. We have been pilot-testing one element of such a virtue-based approach to RCR training by conducting dialogue sessions, modeled upon the approach developed by Toolbox Dialogue Initiative, that focus on a specific virtue, e.g., curiosity and objectivity. During these structured discussions, small groups of scientists explore the roles they think the focus virtue plays and should play in the practice of science. Preliminary results have shown that participants strongly prefer this virtue-based model over traditional methods of RCR training. While we cannot yet definitively say that participation in these RCR sessions contributes to responsible conduct, these pilot results are encouraging and warrant continued development of this virtue-based approach to RCR training. 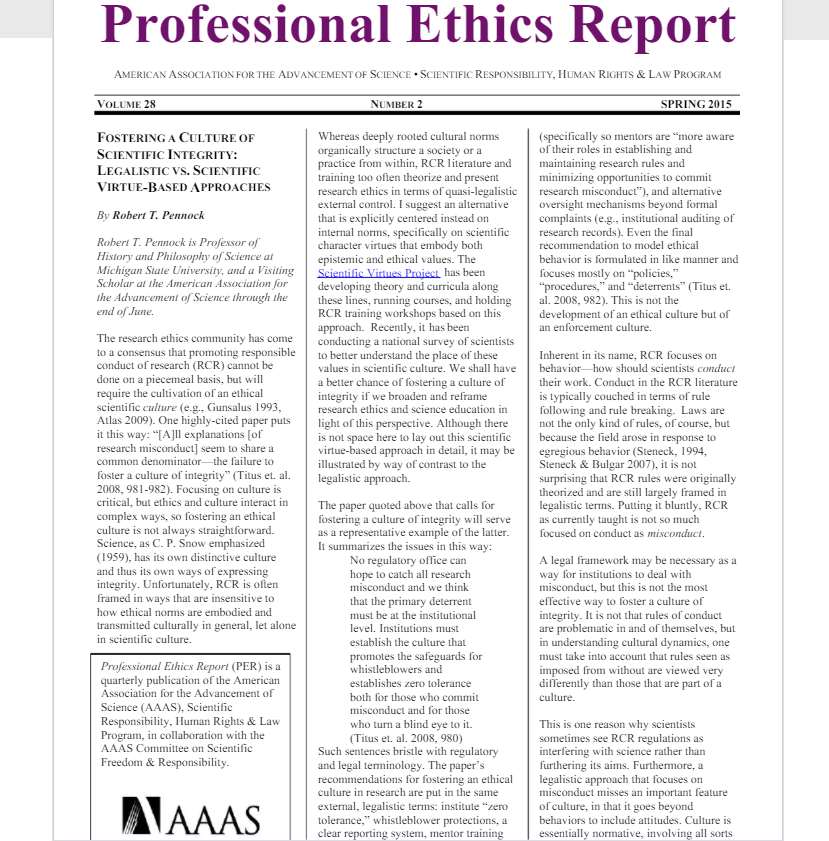 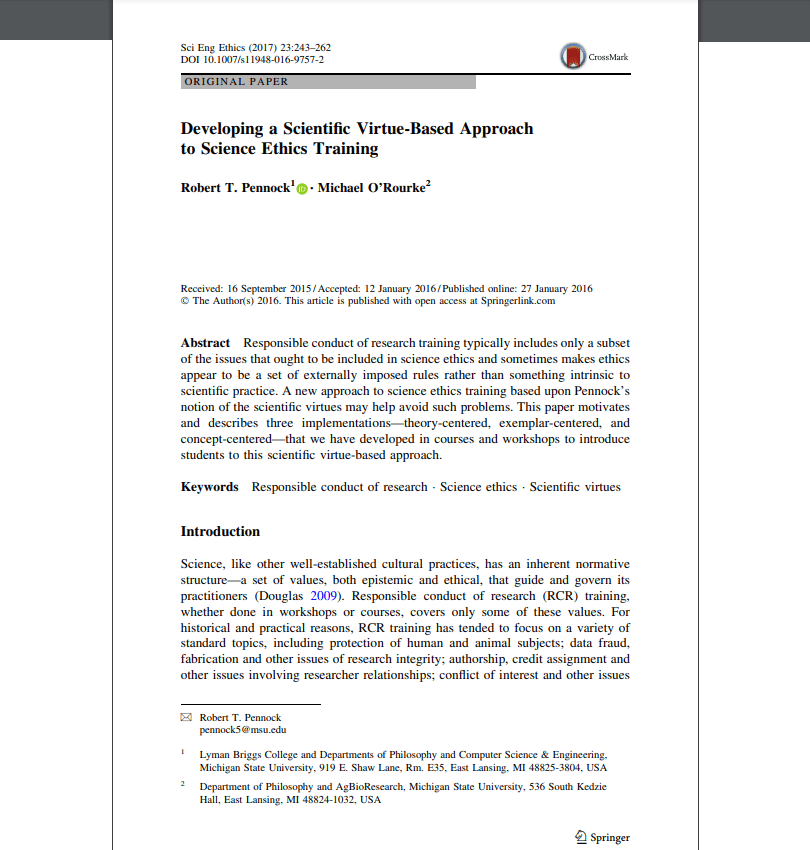 Abstract:  Responsible conduct of research training typically includes only a subset of the issues that ought to be included in science ethics and sometimes makes ethics appear to be a set of externally imposed rules rather than something intrinsic to scientific practice. A new approach to science ethics training based upon Pennock’s notion of the scientific virtues may help avoid such problems. This paper motivates and describes three implementations—theory-centered, exemplar-centered, and concept-centered—that we have developed in courses and workshops to introduce students to this scientific virtue-based approach. 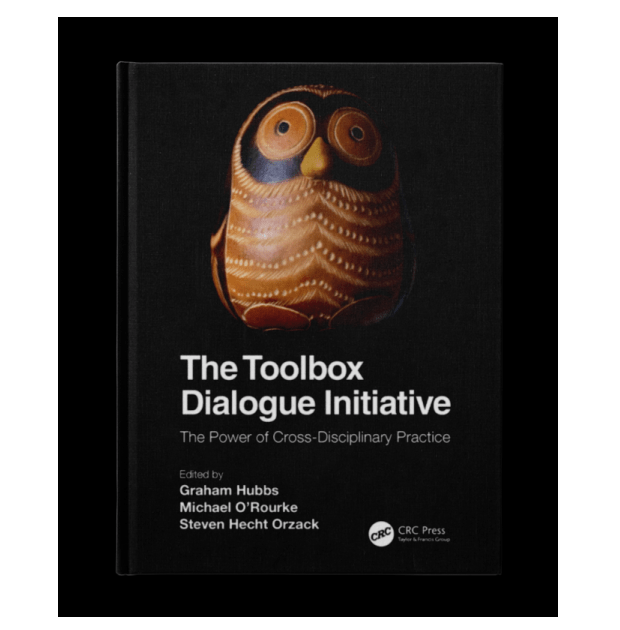 The Toolbox Dialogue Initiative: The Power of Cross-Disciplinary Practice 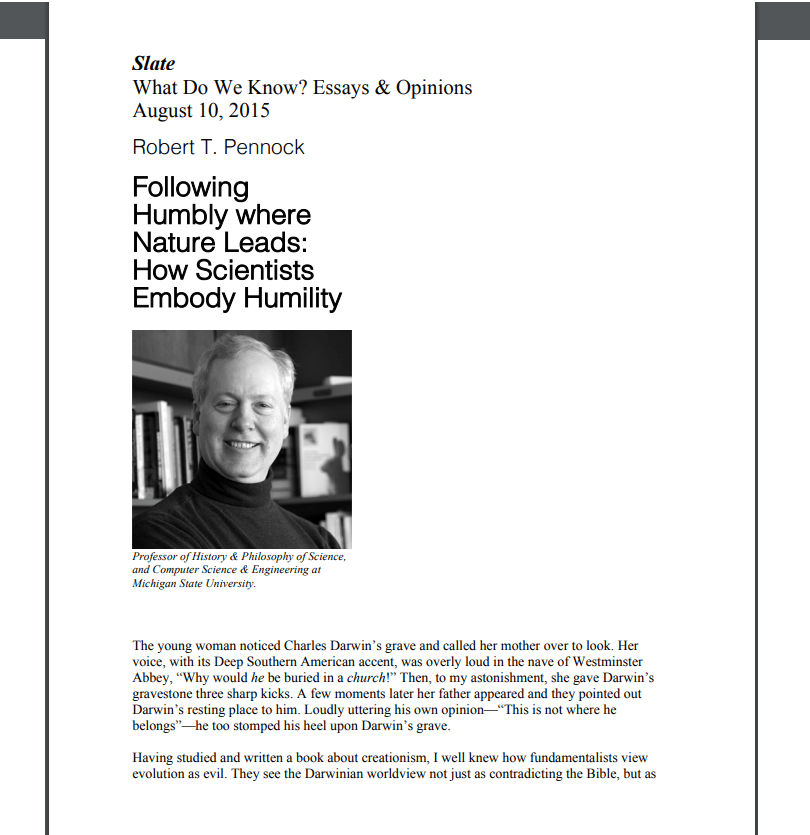